How Psychoacoustics can make you more productive 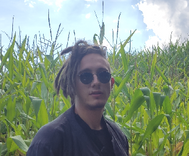 Not being able to stay focused is something everyone sitting in an office, be it at home, a co-working space, or the basement of your auntie, has experienced. Some less, some more, but if you don't belong to the rare group of superhumans who wake up in the morning and practice Deep Work until noon non-stop, read on (otherwise, well, why did you open this article?).

The number of productivity-enhancing methods and tools to our disposal is nearly endless, but today, let's focus on one of the by far most effective ones: Sound.

There's no doubt that the right sounds can alter our brain state tremendously and immediately, that's just how the human brain works. While there's plenty of scientific research proving that, we all made that experience first hand: The sudden state of joy we found ourselves in when listening to our favorite, uplifting summer track; the unexpected feeling of nostalgia when tuning in the music we have listened to years ago. Now, knowing the fact that we can alter our psychological state using auditive stimulation, why not use that fact knowingly to put ourselves into a state of focus? And that's exactly where Psychoacoustics enter the game. Psychoacoustics is the scientific study of how humans perceive various sounds. Its applications include a variety of distinct fields from psychology to software development (**) : Did you know that audio compression algorithms like MP3 use psychoacoustic models to improve the compression ratio? Anyway, in this article, we will focus on the immediate cognitive effects of sounds and how to use them to our advantage.

Researchers found, that the produced cognitive effect of sound mostly depends on the listener, which makes sense: as anyone has made different experiences in different soundscapes, some may feel right in work mood when they hear the hasty back and forth of a city café, others aren't able to focus for a second in such an environment. For some, the ultimate focus weapon may be listening to Mozart, for others, it's tuning in the ambient sounds of a co-working space.

You certainly already heard of binaural beats, which were (and possibly still are) subject to a large hype. There's little scientific evidence that binaural beats produce measurably different cognitive effects than other kinds of acoustics. Still, if that's what your brain resonates with, you should definitely use it to stay focused!

When it comes to listening to music, according to Nick Perham, a researcher published in Applied Cognitive Psychology, music isn't suitable for highly demanding cognitive tasks, as music competes for your brain's space. Instead, he recommends listening to lesser distracting ambient sounds. However, some researchers disagree with that statement.

Dr. Emma Gray worked with Spotify to research the benefits of certain types of music, and came to the result that musical tempo in the range of 50-80 beats per minute can be beneficial for your concentration.

So ultimately, we need to make our own decision on what to listen to: The path of finding the perfect sound for you to focus on will be one of experimentation. Try out a variety of ambient soundscapes or styles of music you like (although there's evidence that lyrical music is more likely to distract) while you are working. In addition to possibly putting our minds in a state of focus, this has also the huge benefit of blocking out distracting background noises.

To give you some inspiration, here are some tools you can start with to improve focus:

I'm a software developer for many years now and use tools like those on a daily basis, no matter if I'm in Bali or, like right now, working from home. They help me to stay on track and give distractions no chance.

Psychoacoustics is the scientific study of how humans perceive sound. We can use those scientific insights to reach a state of focus using different types of sounds. Ambient sound has been proven to drastically improve focus, but everyone is reacting differently to different soundscapes, so you have to find out for yourself which setting suits you best: Is it quite chattering in a co-working space or the gently soothing waves of the sea? There are various tools like noisli.com or soundescape.io which can help with exactly that.

(**) Another fun fact about psychoacoustic concepts in action: 3D game engines, such as the ones used for VR games, use spatial audio engines, which are based on psychoacoustic research. Such an engine is also used to power soundescape.io!